Mr. Gillham has performed with the Arkansas Symphony Chorus, Memphis Symphony Chorus, Opera Memphis, and Virginia Symphony Chorus.  He currently sings with the Gay Men’s Chorus of Washington, accompanies on piano and percussion, and was a section leader and member of the select ensemble Rock Creek Singers. He has served as a private voice coach and as Director of Music and Tenor Soloist for numerous churches throughout his professional career.

Mr. Gillham was on staff at Richard Bland College, where he directed the Petersburg Festival Chorus.  He directed the Richmond Choral Society and its select ensemble, the Society Singers, which performed for the American Choral Directors Association.  He was Founder/Artistic Director of the Richmond Men’s Chorus and the Richmond Women’s Chorus (GALA Choruses), and was the recipient of the first Legacy Award.  For over 20 years, he and his husband, John, directed productions with Richmond Triangle Players, one of the nation’s premiere professional LGBTQ theaters.  They were recently honored by the theater with the establishment of an endowment fund in their names for the creation of new LGBTQ musical theater works.

Mr. Gillham believes in the power of music to unite communities, change lives, and heal the body and spirit. 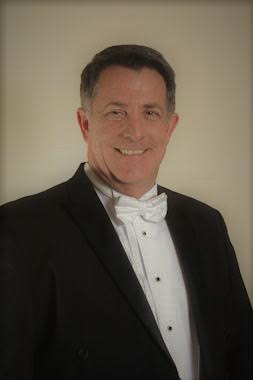 Christopher’s experience as a musician spans more than four decades, beginning in high school when he accompanied his high school choir and began to play the organ for church. Chris holds a master’s degree in Church Music and Organ Performance from the Jacobs School of Music at Indiana University where he studied with Dr. Marilyn Keiser. Christopher leads a vibrant music ministry at Grace United Methodist Church in Baltimore where he serves as Minister of Music and Organist. Chris also works part time at St. Paul’s School for Boys as chapel organist and serves as the accompanist for their Upper School Boys Choirs. In his free time, Chris enjoys running and spending time with friends and family.